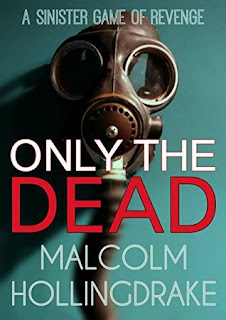 Meet DCI Cyril Bennett, a man with a passion for manners and efficiency, as well as an eye for the ladies. His partner, DS David Owen, is naïve and untidy but keen. Together they make a formidable pair.
When the discovery of two infants’ bodies is made at a Teacher Training College, Bennett and Owen are given the case. Soon a number of suspects are identified.
At the same time, a killer is on the loose staging attacks using sulphur mustard.
Is there a link between the infants’ bodies and the sulphur mustard attacks?
Do the answers lie in the past or the present?
Bennett and Owen must work together to bring to justice a killer with revenge on his mind. 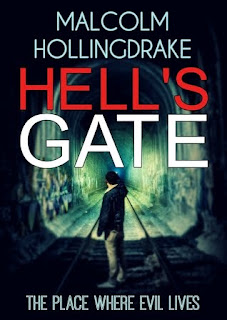 A disused railway tunnel where, cruel and sinister deeds are executed.
A policeman on a mission.
A killer who will stop at nothing.
The formidable DCI Cyril Bennett and DS David Owen of Harrogate Police find themselves embroiled in a series of bizarre events.
A domestic dog attack on a child soon leads to a more complex case - the macabre discovery of a jigsaw of featureless, indiscernible body parts amongst bin bags littering a quiet road on the outskirts of the town.
While under the leadership of a Chinese Mafioso, a team of Eastern Europeans spreads its tentacles into the sordid underworld of people trafficking, dog fighting, prostitution and murder.
Bennett quickly has his hands full investigating a gambling syndicate, the discovery of a mutilated corpse, the death of a prostitute and the case of a badly beaten police officer.
As Bennett and his team are stretched to capacity cracks begin to appear.
Is there a link between these cases and can they catch a twisted killer before he strikes again? 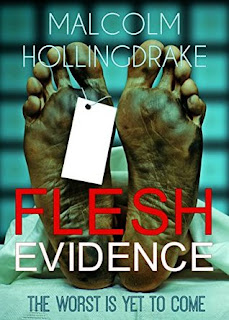 An explosive, edge of your seat, crime thriller
In Harrogate things are about to get weird.
Jars of honey containing pieces of tattooed flesh are the first clue in the search for the whereabouts of a missing fourteen-year-old boy. Then another boy goes missing and further jars of honey are discovered.
Serial kidnappings taking place in Harrogate and the culprit is unlike any other Bennett has dealt with before.
A number of leads seem to be going nowhere and the police are running out of time.
Can Bennett and his team catch a psychopath before any more damage is done?
This will be his toughest case yet.
My thoughts
This is a  series that has been sitting on my kindle for far too long and wish that I had read them sooner. But after reading Only The Dead I went straight onto the next book in the series and have back to back. So I thought it would be easier to write one review for the first three books.


First of all I have to say…..those covers, wow I just love them. It was actually the covers that drew me to buy the books. And now that I have read them OMG what a series! With each book getting better and better and this shows throughout each book.

Set in Harrogate we meet DCI Bennett and DS Owen totally different to each other but they make a good likable team and we see their characters grow and learn more about them has the series.

Starting with Only The Dead the author’s writing is very descriptive and paints a beautiful picture,creating a steady paced following story. But by the second book the author has stepped up his game and gives us a gritty gripping story with graphic descriptions...Hell yes this series is definitely going places. Now Flesh Evidence is without a doubt my favourite of the three. Where I feel the author has found his writing style and written one gritty dark and twisted page turning read.

The author certainly knows how to write one intriguing plot that is very well researched, that will have the reader hooked from start to finish. These books do well well on there own but this is a series not to be missed. They are without a doubt a must read for all you crime fans.